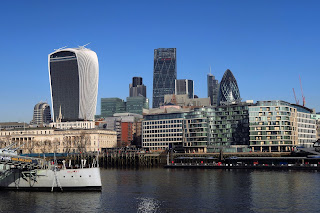 In a rare decision, the City of London has resolved to use its powers under Section 237 of the Town & Country Planning Act 1990 to allow the development of 22 Bishopsgate, report CMS.

Originally a scheme known as the Pinnacle was proposed for this site, but that was abandoned in 2012.

In November 2015 planning permission was granted for a new 62 storey tower, which led to multiple rights to light claims from adjoining owners.

The planning committee’s report says there were as many as 61 outstanding light claims, of which only 19% had approached settlement.

So the City of London stepped in on 5 April 2016 to use its powers under s237 to acquire the land for planning purposes.

This removes the risk of injunction by any neighbouring owners whose rights to light are affected. Instead, they will be entitled to compensation if their rights to light have been infringed.

This move will avoid delays in the development process due to injunctions.

The final decision has been delegated to the Town Clerk, and may be open to challenge.

CMS comment: “The use of s237 is often talked about and threatened in development projects in London. However, it is very rare for a decision to be made to exercise the powers. The last time the City actually did was in relation to the Walkie Talkie building.”

Not perhaps the happiest precedent.
Posted by Jon Dickins at 14:59

Email ThisBlogThis!Share to TwitterShare to FacebookShare to Pinterest
Labels: Development