Rentcharges – A Toxic Blight on Property 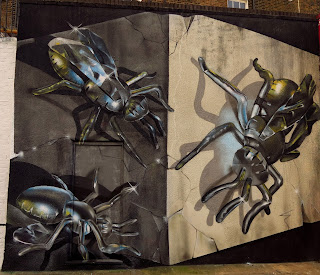 A recent ruling of the Upper Tribunal (Tax and Chancery Chamber) * shows the dangers of ignoring rentcharges.

A rent charge is an annual payment secured on land that’s payable to the rent charge owner.

Commercial property lawyers are accustomed to using an estate rentcharge as a way of setting up a variable service charge in an estate where freehold units are sold off around common parts – it gets around difficulties with enforcing positive covenants against successors in title.

The recent case concerns a different and much older form of rent charge affecting residential properties that still exists in some parts of the country, for example in parts of Bristol and parts of Manchester (in the North West they are called “chief rents”).

Historically, these fixed residential rentcharges were created in the 19th and early 20th centuries when the growing urban population meant a lot of land was needed very quickly.

Land may have been sold at below market value - typically to developers for building - and a rentcharge would be imposed to compensate the seller in return for deferring some of the capital payment, which was passed on to the first and future householders in the form of a perpetual yearly rentcharge.

In areas where rentcharges exist, you will often see properties that are no longer subject to a rentcharge marketed as “freehold and free”.

The Rentcharges Act 1977 prohibited the creation of new rentcharges of this type (it doesn’t affect the variable estate rentcharges used to create service charges), and for the first time set a time limit on the existing rentcharges, as well as creating a mechanism for redeeming a rentcharge.

Those rentcharges already in existence – and there are thousands of them – will continue under the 1977 Act until the later of July 2037 and the date being 60 years after the date on which the rentcharge first became payable.

Most rentcharges of this kind will be unenforceable after July 2037.

The value of the original rentcharges has been eroded over the years by inflation, and typically they now amount to only a few pounds each year.

For this reason, landowners may often think they can ignore them and treat them as historic.

It may also be the case that the rentcharge hasn’t been demanded or collected for many years, and the landowner might not even know who to pay the rent charge to even if it wants to do so.

The problem is that although the sums involved may seem insignificant, the rentcharge owner has very powerful remedies to recover both the amounts due, which may be negligible, and its “administrative expenses”, which might, to put it politely, be creatively assessed.

If the rentcharge has remained unpaid for 40 days, even if it hasn’t been demanded, the rentcharge owner has significant powers under Section 121 of the Law of Property Act 1925.

Certain businesses have arisen keen to exploit the potential in recovering these rentcharges and costs, as when multiplied over a great many properties they can amount to a considerable sum. They have therefore bought up the rights to receive the rent charges en masse.

In the recent case, the owners of several properties hadn’t paid their rentcharges. The arrears were for nominal sums of between £6 and £15. The rentcharge owners granted leases of the properties to trustees for terms of 99 years and applied to register the leases at the Land Registry.

The case was principally about whether the leases were registrable, and the tribunal ruled that they were, and that the leases gave the tenants (the trustees) the right to exclude the property owners.

This has a devastating impact on the value of the property, because as long as the lease exists the property effectively becomes unsaleable and unmortgageable.

Once created the leases are a permanent device for payment of the rentcharge, and the leases themselves can be sold on to another rentcharge owner.

There’s no provision in the 1977 Act for these leases to come to an end once the rentcharge has been redeemed or the arrears paid.

The owner therefore has to negotiate with the rentcharge owner for the surrender of the lease, and this is where the rentcharge owner can hold the property owner to ransom, demanding not only payment of the arrears but also its “administrative charge”, in this case said to be £650.

Judge Elizabeth Cooke, the Tribunal Judge in the recent case, sympathised with the property owners and described the law in this area as “toxic” and commented:

“The remedy – draconian as it is – is out of all proportion to the wrong”.

However, given everything else the government has on its plate for the foreseeable – or unforeseeable – future, I don’t think I’m being overly cynical in thinking it unlikely the law will be changed between now and 2037.

So what can you do if you find yourself with one of these rentcharges or are thinking of buying a property subject to a rentcharge?

The 1977 Act permits freehold owners to buy out – or redeem – the rentcharge attached to their property.

If you know the rentcharge owner, you can apply to the DCLG to redeem the charge.

On this matter however, the law has very recently come to the rescue.

The precise formula for calculating the statutory redemption price has now been revised by the Rentcharges (Redemption Price) (England) Regulations 2016 (SI2016/870) which comes into force on 1 October 2016.

If you don’t know who owns the rentcharge, you may need to do some investigative work to try and find out who does, and if anyone comes forward demanding payment seek evidence of their entitlement and try to redeem to rentcharge right away.

If the rentcharge hasn’t been paid for 6 years, then the rentcharge owner is barred from recovering the arrears or any damages due relating to those arrears. In those circumstances, the safest option for a buyer is to ask the seller to arrange for the rentcharge to be deleted from the title.

If the rentcharge still exists, the buyer should ensure all arrears are dealt with by the seller so that the property is not at risk of enforcement, and these will be matters to be dealt with in the purchase contract.

Email ThisBlogThis!Share to TwitterShare to FacebookShare to Pinterest
Labels: Rentcharges