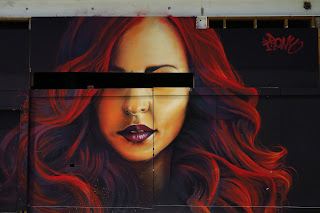 It’s a fundamental principle of registered conveyancing that registration itself vests the legal estate in the registered proprietor.

But what if that registration is brought about as a result of someone fraudulently disposing of property that does not belong to them?

In Patel v Freddy’s Limited & Others [2017] EWHC 73 (Ch), the High Court has recently ruled against a claim for rectification of the register by a property owner whose property was transferred by a fraudulent transfer.

A fraudster claiming to be AP transferred AP’s house to a buyer (F) who immediately sub-sold the house to a sub-buyer (Freddy’s). The house was registered in the name of Freddy’s.

The facts, which are set out in the judgement, are worth reading.

At common law the transfer from the fraudster to F, and then from F to Freddy’s, would have been of no effect and AP would still own the house.

But, to quote Justice Elizabeth Cooke, the world of registered titles is very different.

So if a person is registered as proprietor as a result of a forged transfer, the legal estate nevertheless vests in the transferee by virtue of registration.

However, there was a mistake on the register because if the registrar had known the transfer had been executed by a fraudster he wouldn’t have registered it.

Schedule 4 of LRA 2002 provides for the circumstances when the register may be altered to correct a mistake, and again I recommend reading the judgment for a discussion on rectification generally.

In this case, AP argued that Freddy’s had caused or substantially contributed to the mistake by a lack of proper care in the conveyancing process.

So the primary issue before the court was whether or not there could be laid at Freddy’s (and its solicitor’s) door a lack of proper care that substantially contributed to the mistake.

If there was no lack of care, then an order for rectification could not be made.

If there was shown to be a lack of care, then LRA 2002 requires an order for rectification to be made unless there are exceptional circumstances that justify letting the registered title remain where it lies.

On the facts, which are set out at length in the judgment, the Court ruled in favour of Freddy’s and ordered no rectification.

In particular, the court rejected AP’s claim that Freddy’s should have investigated the identity of the seller to F, ruling that:

·       There were no special circumstances in this case that required the buyer’s solicitors’ duty to extend beyond normal conveyancing practice.

Neither Freddy’s nor its solicitor had omitted to take steps that would have revealed the fraud.

Accordingly, Freddy’s was entitled to the special protection afforded to the registered proprietor in possession of the property by section 58(1) of the LRA 2002. AP was left with a possible claim for indemnity from the Land Registry.

This decision, as is so often the case, turned on its facts. Nevertheless, it demonstrates the power of registration of title.

Whilst it was recognised that it was not normal conveyancing practice for a buyer’s solicitor to check the identity of the seller, clearly it’s important for professional advisers to remain alert to the possibility of fraud.

But what does that actually mean in practice?

The Law Society Gazette this week comments on what it calls the “widespread confusion” over the scope of a solicitor’s liabilities and what reasonable checks they can make during the buying process – confusion sparked by an action faced by Mishcon de Reya after one of its clients was duped into buying a London property from a tenant posing as the owner.

Mishcon de Reya lost the case* at first instance, but the High Court has since granted leave to appeal and, reports the Gazette, the case is likely to be heard at the end of the year, possibly conjoined with a similar case.

The Law Society is considering whether to intervene in the appeal, and additional guidance may also be issued to practitioners on how to protect themselves from ID fraud.

It’s a growing problem, and a need for greater clarity on what can be done to minimise the risk is pressing, both for property lawyers and their insurers.

*UPDATE 13/2/17: Dreamvar (UK) Limited v Mishcon de Reya - here is a  very good summary and commentary on the case from RPC, with some suggestions of how a buyer's solicitor might try to protect itself in transactions which ring alarm bells that the risk of fraud may be high. Note that in this case registration did not come to the aid of the buyer because the fraud was detected initially by the Land Registry during the registration process and so registration was not completed. The buyer lost out, having paid over the proceeds which were then transmitted to an account in China, and title to the property remained vested in the real owner. Mishcon (who acted for the buyer) were held liable for breach of trust, they were only authorised to release the purchase monies for a genuine completion of a genuine purchase (seemingly because it was felt Mishcon's insurers should shoulder the burden rather than Dreamvar), notwithstanding the fact that if the fault lay anywhere it was with the firm acting for the fraudster, who admitted not carrying out adequate client identity checks. The appeal will be eagerly awaited.