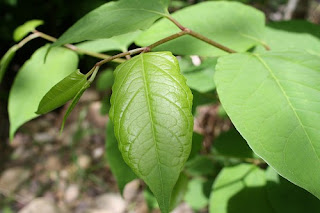 Truro County Court has this month issued a judgement that underlines the risk faced by owners of land containing the invasive plant Japanese Knotweed, and which further develops the law of nuisance relating to the weed.

What is Japanese Knotweed?

First introduced into Britain in the nineteenth century as an ornamental plant, Japanese Knotweed can grow up to 3m in height in just 10 weeks - taller than a red telephone box – and spreads up to 7m in a season.

The most invasive plant in Britain, it costs the UK economy around £150 million each year to control and clear.

It’s not illegal to have Japanese Knotweed on your property and you don’t have to report it. However, it’s an offence to cause it to grow and the presence of the weed is a serious blight that will undoubtedly prejudice your ability to sell, mortgage and insure your property.

There’s also a risk the weed will spread.

If you allow Japanese Knotweed to spread on to neighbouring land you could be prosecuted or given a community protection notice for causing a nuisance.

It could also result in civil liability for nuisance and a claim in damages.

That’s what happened in the unreported case before Truro County Court, where Mr & Mrs Smith sued their neighbour Mrs Line who had sold them part of her land in 2002. Japanese Knotweed was growing on Mrs Line’s retained land and spread to the land bought by the Smiths, whose claim against Mrs Line was in the law of nuisance.

The court delivered its judgment in February 2018. Although currently unreported, it appears from commentary on the case that the Smiths’ claim succeeded because it was held that Mrs Line’s failure to eradicate the weed on her land and stop it from spreading devalued the Smiths’ property and prejudiced their ability to sell it. This constituted an interference with the Smiths’ use and enjoyment of their land, rendering Mrs Line liable in nuisance.

Mrs Line was ordered to pay the Smiths £50,000 in damages, representing a 10% reduction in the value of their home caused by the weed. She was also ordered to employ the local authority’s contractor for a period of 5 years to eradicate the weed and to pay substantial court costs.

The case appears to follow the reasoning set down by another County Court judgement last year, when Cardiff County Court ordered Network Rail to pay damages for nuisance caused to two homeowners in Maesteg by its failure to control Japanese Knotweed.

In Network Rail the Japanese Knotweed had been present for at least 50 years on a railway embankment which adjoined two bungalows. The roots had spread up to the claimants’ property boundaries and under their homes.

Network Rail was ordered to pay compensation to cover a treatment package and an insurance backed guarantee, as well as damages to cover diminution in value of the homes and general damages for loss of amenity.

The principle that the spread of plants or roots on to neighbouring properties can constitute an actionable nuisance is not a new one. It is established law that where a tree, for example, encroaches on a neighbour’s land and causes physical damage to property, the owner of the tree can be liable under common law nuisance.

In these Japanese Knotweed cases however, the claimants had not suffered any physical property damage and so had to rely on the alternative grounds in nuisance of loss of enjoyment and amenity. Traditionally these grounds have been used as a basis for nuisance claims relating to unreasonable odour, dust and noise rather than the spread of plants, and so the cases represent a novel development in the law of nuisance.

In Network Rail the court decided that:

·       There was no physical damage caused to the bungalows by the roots of the Japanese Knotweed.

·       The ability to sell at market value is an important part of a home-owner’s enjoyment of their property, and substantial inference with that amenity value could constitute a legal nuisance. By diminishing the marketable value of the claimants’ properties, the presence of the knotweed on Network Rail’s land had amounted to a substantial interference with their amenity value.

·       There was no requirement for any physical encroachment of the Japanese Knotweed on to the claimant’s land for this effect on amenity to amount to an actionable nuisance.  The judge drew analogy here with cases in which the use of neighbouring land as a brothel and sex shop had been found to have a detrimental effect on amenity and  so can amount to a nuisance.

·       The interference was reasonably foreseeable, and Network Rail had failed to do all that was reasonable in the circumstances to prevent the Japanese Knotweed from causing a nuisance.  They had sprayed the knotweed with herbicide, but the spraying was inadequate.

·       Network Rail had constructive knowledge of the potential impact of the knotweed from the publication, in 2012-13, of the RICS and Property Care Association Guides.

Network Rail, fearing a glut of these cases, is appealing against the County Court judgment and we await the ruling of the Court of Appeal which is expected imminently, and which will provide a more authoritative statement of the application of the law of nuisance to Japanese Knotweed. The outcome of the appeal could have huge implications for homeowners and Network Rail.

For now, the implication of Network Rail is that you could be exposed to a diminution of value claim if you have Japanese Knotweed on your land, even if the plant has not physically spread to your neighbour’s property.

What can you do about it?

If you have Japanese Knotweed on your property, you should take specialist advice and deal with it at the earliest opportunity to minimise the risk of it spreading.

Japanese Knotweed can be eradicated by hiring specialist contractors who treat it with chemicals.

However, with roots as deep as 3m, it usually takes 3 years to treat Japanese Knotweed until the underground roots, or rhizomes, become dormant.

You need to make sure anyone spraying holds a certificate of competence for herbicide use or works under direct supervision of a certificate holder.

The Environment Agency formally withdrew its guidance on how to deal with Japanese Knotweed in July 2016 on the basis that the EA no longer provides best practice guidance, although you can still access it here.

Current guidance on what you need to do, and how to dispose of the weed, is given on the government’s website. There’s also information from the Royal Horticultural Society on their website.

The Invasive Non-Native Specialists Association (INNSA) is the industry body for companies involved in controlling and eradicating invasive non-native species in the UK. It has recently published a new Code of Practice to help shed light on the plant and its impact.

Six years ago, the Environment Agency commissioned a new app to track Japanese Knotweed, using the crowd-sourcing principle. More than 20,000 people have now downloaded it, and their data has pinpointed over 6,000 knotweed locations.

Property lawyers must ensure they carry out adequate due diligence on Japanese Knotweed.

Sellers of residential property must confirm (on the standard property information form TA6) whether the land is affected by Japanese Knotweed and, if it is, whether there is a management plan in place to control it.

There’s a greater risk for buyers of new build homes however, as builders and developers are not obliged to complete Form TA6.

The Telegraph reported earlier this month that knotweed specialists have warned this issue needs to be addressed urgently, calling for builders and developers to be forced to declare the information. In the meantime, you should ensure a specific enquiry is raised asking the developer to confirm whether there have been any historic and whether there are any ongoing knotweed issues on the site.

Buyers of commercial property will be given replies to standard commercial enquiries CPSE 1. [Although these contain general enquiries addressing “infestation” and “environmental problems”, unlike the standard form residential property enquiries they do not deal specifically with Japanese Knotweed by name. Therefore, if a buyer of commercial property is concerned there may be knotweed present, it should raise a specific enquiry. A seller is unlikely to give a definitive answer however.] ****UPDATE 14/3/2018 Well, it didn't take long for this paragraph to go out of date! CPSE 1 was updated on 13 March 2018 to Version 3.7, which adds to enquiry 8.1 a specific enquiry asking for details if the property has been affected by Japanese Knotweed (enquiry 8.1 (e)). I claim no credit for this!*********

When buying any property, as well as making sure the relevant enquiries are raised, you should also make your own site investigations to satisfy yourself whether there is any Japanese Knotweed present. If it is, a proper management plan backed by a transferable guarantee or warranty ought to satisfy most lenders and should be obtained before completion.

***UPDATE 17/05/2018***
Network Rail have appealed against the judgment in their case and the Court of Appeal is expected to rule on the appeal later in 2018.