Commonhold – Does Call for Evidence Signal a Renaissance? 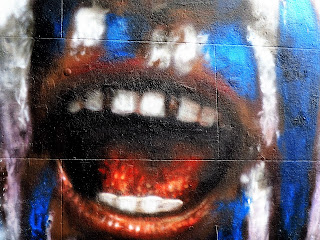 On 22 February 2018 the Law Commission issued a Call for Evidence on why commonhold never took off and what changes can be made to the current law to make it an attractive and workable alternative to residential leasehold.

It’s a first step, to be followed by a full consultation later this year, sitting alongside a review of residential leasehold law, including enfranchisement and the regulation of managing agents.

The urge to re-examine commonhold as an alternative to leasehold is borne out of the well-publicised problems of excessive and spiralling ground rents being reserved by some developers of leasehold houses; as well as onerous fees often being imposed by landlords, and concerns over the poor management of blocks – and at the heart of all these problems lies the lack of leaseholder control.

Could commonhold, if reformed, also have a place in commercial or mixed-use property?

Commonhold was introduced in 2004 (when a law passed in 2002 came into force) as a new way to own and manage interdependent properties.

It allows a person to own a freehold ‘unit’ – like a flat within a building – and at the same time be a member of the company (the “commonhold association”) which owns and manages the shared areas and structures.

Commonhold has several potential advantages over leasehold. These are:

·       Ownership doesn’t run out – unlike leases which expire and can be costly to extend.

·       Standard rules and regulations apply – which should make conveyancing simpler and cheaper.

·       Owners have a stake in the wider building and don’t have a landlord – instead, owners run the shared areas together.

But despite these advantages, commonhold didn’t catch on.

Fewer than 20 commonhold developments have been created, and Manchester and London have just one commonhold scheme each.

Property developers have been unwilling to take on the risk of untested structures and procedures.

The lending industry, by its very nature conservative and risk-averse, has also been reluctant to lend on a novel form of ownership – 70% of the institutions listed in the UK Finance Mortgage Lenders’ Handbook won’t lend on a commonhold unit (including Santander and RBS).

And that’s only part of the problem.

There are also several technical issues within the current commonhold model which create a barrier to its adoption.

Those issues are discussed in detail in the Law Commission’s Call for Evidence. They include:

·       Conversion of existing buildings to commonhold requires the consent of the freeholder and all leaseholders with leases of more than 21 years plus every lender who has a mortgage over any lease in the block.

·       Company law is excessively complicated and stringent for commonhold associations.

·       More flexibility required for mixed use schemes, especially around apportionments of service charge.

·       Incompatibility of commonhold with shared ownership leases, which are now more widespread than when commonhold was introduced.

I do wonder whether the reluctance of developers and the nervousness of lenders will ever be allayed, even if the law of commonhold is improved to overcome the technical issues.

Could there be advantages from a marketing perspective that would surmount fears of innovation?

And, to return to my first question, what about commercial and mixed-use schemes?

Although the Call for Evidence has been framed by the Law Commission very much in the context of residential property, commonhold could (in theory at least) provide an alternative way of dealing with the issues surrounding the enforceability of positive obligations more generally.

Developments can involve separate freehold areas or units built around shared accessways and other facilities, such as car parks and landscaping, that must all be maintained and serviced.

Those covenants will usually include an obligation to pay into a fund for the upkeep of the shared areas – effectively a service charge.

This is straightforward if the units are held on leases, but where the units are freehold it usually means imposing a cumbersome scheme of positive and restrictive covenants protected by restrictions noted on the unit titles; or alternatively setting up a rent charge scheme, which has its own issues and carries with it draconian remedies.

However, commonhold in its existing form doesn’t appear to be a viable alternative.

The Law Commission has received comments stating there needs to be greater flexibility in how commonholds are structured for it to work for schemes such as these, especially to take account of the different uses and the amounts they should each contribute to shared costs.

The Call for Evidence may elicit more comment in this area.

If it proves impossible, or simply unattractive to the market, to adapt and reform commonhold to make it suitable for mixed use or commercial schemes, could existing freehold law be reformed to facilitate the enforceability of covenants instead?

Back in 2011 the Law Commission made excellent proposals for modernising and simplifying the law that included reforming the law on covenants to create a new legal interest in land, called a “land obligation”, that could be either negative or positive and would be enforceable against successors in title without the current problems inherent in the law relating to covenants.

On 18 May 2016 the government announced that it would bring forward proposals to respond to the Law Commission’s recommendations in a draft Law of Property Bill.

Then Brexit happened, sucking the life out of all but essential parliamentary business and consequently the Law Commission’s 2011 proposals have been gathering dust ever since.

Whether a reshaped commonhold takes off will depend on whether the market is willing to embrace a new form of land ownership.

And regardless of whether that happens or not, perhaps someone in authority could be persuaded to take up the Law Commission’s 2011 proposed reforms on land obligations?

Don’t hold your breath though.

In the meantime, the Call for Evidence on commonhold is open until 19 April 2018.
Posted by Jon Dickins at 13:52