Can Brexit Frustrate a Lease? High Court Says No. 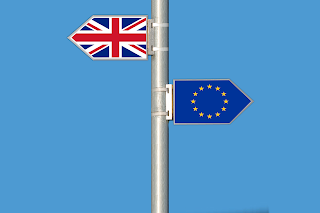 Following an expedited hearing in the first major property case with Brexit at its heart, the High Court has ruled* that Brexit does not frustrate a lease.

In this case, the landlord, Canary Wharf Group (CWG), was seeking a declaration that Brexit did not frustrate the European Medical Agency’s £13 million a year lease of a 10-floor property at Churchill Place in Canary Wharf.

On 5 August 2011 the EMA signed an agreement for lease, obliging it to take a lease of Churchill Place following completion of the development of the property for a term of 25 years.

Crucially, the lease does not contain a break clause.

There subsequently of course followed the EU referendum on 23 June 2016, followed by the triggering of Article 50 on 29 March 2017.

The EU determined that a non-member state could not host EU agencies, which led to the EMA later in 2017 announcing it would relocate to Amsterdam, which it has now largely done.

That still leaves the EMA on the hook at Canary Wharf for rent of £13 million a year plus outgoings until 2039.

The lease permits assignment (of whole) and subletting (in whole or in parts), subject to the sort of conditions you would expect to find in leases such as this. Those are conditions concerning landlord’s consent, the need for guarantees, and the financial standing of an assignee etc, including an obligation for the EMA to enter into an authorised guarantee agreement in relation to an assignee. The lease also permits group company sharing or sharing with another EU entity whilst the EMA is the tenant.

The judgment refers to attempts the EMA has made, unsuccessfully to date, to dispose of the premises.

By a letter dated 2 August 2017, the EMA wrote to CWG stating that:

“Having considered the position under English law, we have decided to inform you that if and when Brexit occurs, we will be treating that event as a frustration of the Lease.”

CWG commenced proceedings because it took the view that the commercial uncertainty created for CWG and its lenders by EMA’s contention required early resolution.

Frustration, based as it is on largely ancient law, is rarely used as a way of getting out of contracts.

The doctrine of frustration operates to bring a contract prospectively to an end because of the effect of a supervening event.

To succeed you must be able to demonstrate that something has happened after completion that makes it impossible to fulfil the contract and unjust to hold a party to its obligations.

It’s not a doctrine that can be demonstrated easily.

The courts have also shown recently that they are generally unwilling to enable parties simply to escape bad bargains (for example in Arnold v Britton).

The EMA argued that when they negotiated the agreement for lease back in 2011, they could not have expected the UK to withdraw from the EU.

CWG, in contrast, argued that the existence of Article 50 in the Treaty of the European Union meant that Brexit was not unforeseeable, and that in any event the EMA could have requested a break clause (in fact they did originally, but it was conceded during the lease negotiations).

The High Court, on 20 February 2019, ruled in CWG’s favour, in a judgment that will bring great relief to the property industry, and in a wider context too.

It’s a very complex judgment running to some 95 pages. The issues discussed by Justice Marcus Smith include the constitutional aspects of the EU as well as the law of frustration in England and the interpretation of leases.

There was even expert evidence given by two experts in the field of Modern British Political History and Political Science – not an everyday occurrence in property disputes – directed to the question of the foreseeability of the withdrawal of the UK from the EU as that issue was viewed prior to 5 August 2011, when the agreement for lease was signed.

The Court found that the withdrawal of the UK from the EU was not “relevantly foreseeable” at a time a few years before the result of the 2016 referendum.

So, although the possibility of Brexit might have been in some way foreseeable in 2011, it wasn’t sufficiently foreseeable that it could have been reasonably expected to impact on the parties’ decision-making at the time.

Nevertheless, even if the lease were frustrated, the frustration was self-induced on the part of the EMA, considering the EMA in its constitutional context within the European Union.

The Court also found that it was foreseeable that for some reason over the term of the lease EMA might want to relocate and that was dealt with by the detailed alienation provisions.

Furthermore, it would not be impossible as a matter of European or English law for the EMA to continue to hold the lease post-Brexit and there was no legal requirement for it to leave the UK as an automatic consequence of Brexit.

The court therefore concluded that there was (a) no frustration of common purpose; and (b) no supervening illegality, and so the lease was not frustrated.

This decision could have far-reaching implications beyond the property world for commercial contracts potentially frustrated by Brexit.

It is unlikely however to be the last word on the effects of Brexit on existing contracts.

“While Smith J has found that in the case of the EMA the lease was not frustrated, he does not find that Brexit (in whatever form it takes) cannot result in frustration. Each case will ultimately turn on its own facts and I expect to see many more such cases before the courts particularly if there is a hard Brexit.”

The EMA, for its part, is carefully studying the judgment and its implications, and has said it considers CJEU clarification of EU law to be the most appropriate way forward.