When is it Reasonable for a Landlord to Withhold Consent? Latest Ruling from the Supreme Court 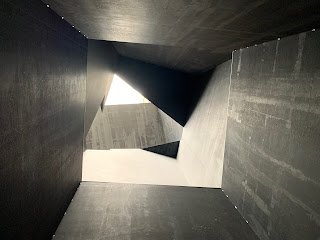 The Supreme Court  has recently held* (by a narrow majority of three to two) that a landlord was acting reasonably in withholding consent to a tenant's planning application, on the ground that the additional residential use proposed would increase the risk of the property being enfranchised under the Leasehold Reform Act 1967.

What’s most interesting about this case is the degree of disagreement at all levels on how you answer the question of whether a landlord is acting reasonably in withholding its consent.

The majority judgment of the Supreme Court, delivered by Lords Briggs, was arrived at together with Lords Carnwath and Hodge.

However, two Supreme Court judges, Lady Arden and Lord Wilson, disagreed with the majority view, which overturned the previous ruling of the Court of Appeal, which itself had upheld the earlier judgment of the High Court.

The case involves the interplay between a bespoke negotiated user covenant and a boilerplate planning covenant.

The property is a terraced building comprising a basement, ground floor and four upper floors.

At the time the lease was granted, the basement and ground floor were used for retail; the first and second floors were used for storage and a staff area ancillary to the retail use on the lower floors; and the third and fourth floors were in occasional residential use.

The landlord owned the freehold as part of a block.

The lease contained at clause 3(11) the following user covenant which, on the face of it, allowed a variety of uses:

“Not to use the Demised Premises otherwise than for one or more of the following purposes (a) retail shop (b) offices (c) residential purposes (d) storage (e) studio PROVIDED however that nothing herein contained shall imply or be deemed to be a warranty that the Demised Premises may in accordance with all Town Planning Laws and Regulations now or from time to time in force be used for the purpose above mentioned.”

It also contained at clause 3(19) the following planning covenant:

The tenant applied to the landlord for consent to apply for planning permission to change the use of the first and second floors of the Property to residential.

The landlord refused consent, on the basis that:

·       the change of use would increase the prospect of a successful claim for enfranchisement under the1967 Act (the law on enfranchisement had changed since 1986); and

·       enfranchisement would be detrimental to the landlord’s management of the estate.

The question for the court - was the landlord being reasonable in refusing consent?

The High Court said no, ruling that the landlord’s refusal of consent under clause 3(19) was unreasonable “because thereby they are seeking to achieve a collateral purpose, ie the imposition of a restriction on use that was not negotiated and is not included in clause 3(11).”

In other words, the landlord was attempting to re-write the user covenant and limit the amount of the property that could be used for residential purposes.

The Court of Appeal agreed, although primarily for a different reason, emphasising that any third party, other than the tenant, could apply for the same planning permission, which the landlord would be powerless to oppose, and which would give rise to the same increased risk of enfranchisement (the Supreme Court judgment does not state whether the lease also prohibited the implementation of a planning permission without landlord’s consent).

Both courts regarded the estate management argument for opposing consent as insufficient to be reasonable.

The Supreme Court’s majority verdict was that the lower courts had erred in law.

In overturning the judgment of the Court of Appeal and finding that the landlord was reasonable in withholding its consent, Lord Briggs set out the three overriding principles, distilled in a 2001 case**, on the question of consent in leases:

1.     A landlord is not entitled to refuse consent on grounds which have nothing to do with the relationship of landlord and tenant in regard to the subject matter of the lease.

2.     The question of whether the landlord’s conduct was reasonable or not will be one of fact to be decided by a tribunal of fact. Reported cases are of illustrative value, but in each case the decisions rested on particular facts and care must be taken not to elevate a decision made on facts into a principle of law.

3.     The landlord’s obligation is to show that its conduct was reasonable, not that it was right or justifiable.

As you can see, the answer to the question - what is reasonable? – is not straightforward.

However, the thrust of the majority Supreme Court judgment is to try and reduce “reasonableness” to its core meaning, rather than to use construction of the words in the lease to arrive at a different view.

Lord Briggs quotes from a 1929 case***, where the observation was made that “one should read reasonableness in the general sense” and from the 2001 case mentioned above that “there are few expressions more routinely used by British lawyers than “reasonable” and the expression should be given a broad, common sense meaning in this context as in others” and that the concept of reasonableness has been found useful “precisely because it prevents the law becoming unduly rigid” allowing the law “to respond appropriately to different situations as they arise”.

In arriving at this judgment, Lord Briggs relied heavily on the comments of Lord Denning in a 1977 case****:

“The words of the contract are perfectly clear English words: ‘such licence shall not be unreasonably withheld’. When those words come to be applied in any particular case, I do not think the court can, or should, determine by strict rules the grounds on which a landlord may, or may not, reasonably refuse his consent. He is not limited by the contract to any particular grounds. Nor should the courts limit him. Not even under the guise of construing the words.”

Lord Briggs was not prepared to construe the wording of the lease narrowly so as to make the user covenant override the planning covenant and the landlord’s general concerns about enfranchisement.

He found that resisting an increased risk of enfranchisement was a legitimate purpose of the right to refuse consent under clause 3(19).

Although, on the face of it, clause 3(11) appears to give an unqualified right to use the whole or any part of the building for residential purposes, it is quite different when you look at the lease as a whole.

So, clause 3(11) must be read together with clause 3(19), which required the tenant to comply with planning legislation.

Applying the three tests, Lord Briggs found the landlord passed on all of them, and that it had acted reasonably on all counts.

But then we come to the two dissenting judgments in the Supreme Court.

Lady Arden succinctly said that the appeal should be dismissed effectively for the reasons given by the Court of Appeal and the High Court judge.

She said that the power to refuse consent to a planning application was not granted to enable the landlord to cut down the user clause.

Lord Wilson too disagreed with Lord Briggs and the majority, stating that clause 3(11) is crucial. It was not a common form or boilerplate clause, but rather “it is a bespoke subclause of singular generosity to the leaseholder…the proviso which excludes any warranty on the part of the freeholder about accordance with planning laws in no way detracts from the width of its permission” and was no doubt reflected in the premium paid of the lease.

Although the result of this case will be of particular interest to those dealing with enfranchisement, it has wider implications.

When exercising a contractual discretion and determining what is or is not reasonable, the judgment directs courts to look at the facts as they are at the date of the request for consent, and not consider the reasonableness of a refusal of consent “by reference to an over-refined construction of the lease as at the time of its grant”.

It emphasises the need to read leases as a whole.

Especially as in this case the bespoke user covenant was found to be subject to the boilerplate wording of the planning covenant – something to be aware of when drafting and negotiating the terms of new leases.

It also has implications for the valuation of existing leases.

A generous user covenant must be read alongside the rest of the lease, where there may be general restrictions both in planning/legislation covenants and alterations covenants that result in cutting down the breadth of the use permitted by the user covenant or stopping it altogether.