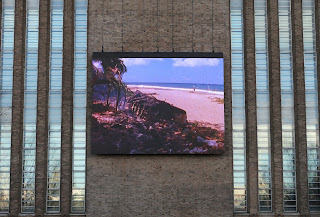 The Court of Appeal has ruled that overlooking does not fall within the tort of nuisance.

The Court’s ruling is the culmination of a long running dispute between the owners of flats adjacent to the Tate Modern extension, on the south bank of the River Thames in central London, and the trustees of the gallery.

The modern flats include “winter gardens”, a type of indoor balcony with floor to ceiling windows looking out over London.

The flats were constructed between 2006 and 2012, around the same time the Blavatnik Building was built, which is the name given to the Tate’s extension, and which has a viewing gallery on its top floor running along all four sides giving a 360-degree panoramic view of London.

The viewing gallery attracts hundreds of thousands of visitors a year, with a maximum of 300 visitors at any one time. From the south side, visitors can see directly into the “winter gardens”, through to the central living accommodation of the flats. Visitors frequently look into the flats, sometimes with binoculars, and occasionally take photos which are posted to social media.

The flat owners claimed that by allowing visitors to look into their flats, the Tate had committed the tort of nuisance, and sought an injunction against the Tate to close part of the viewing gallery.

Private nuisance is a common law tort, which is defined as an unlawful interference with a landowner’s use or enjoyment of their land.

The High Court dismissed the flat owners’ claim in November 2019, so they appealed to the Court of Appeal.

The Court of Appeal has unanimously dismissed that appeal on the basis that overlooking does not fall within the tort of nuisance.

Over the hundreds of years that the tort of nuisance has existed and been developed by the courts, there has never been a reported case in England and Wales in which a court has found that overlooking by a neighbour constituted nuisance. On the contrary, the courts have found that, subject to planning permission being granted, a landowner may create windows which overlook a neighbour’s property.

The general principle in common law is that anyone may build whatever they like on their land. It is planning law that controls what can be built as a matter of public policy. There is also the common law relating to rights of light and air, which may in certain situations inhibit a landowner’s ability to build, but rights of light were not an issue in this case.

So for example if someone is granted planning permission to build flats which include balconies overlooking the neighbouring garden, this might result in a complete lack of privacy in summer months, and may even diminish the market value of the overlooked property, but there would be no cause of action in nuisance.

The Master of the Rolls, Terence Etherton, stated in this case that ruling against the Tate could open the floodgates to complaints in cases where planning permission is granted to include a balcony or other structure overlooking another’s property.

As a matter of policy, the Court of Appeal’s decision holds that planning laws and regulations are a better medium for controlling inappropriate overlooking than the uncertainty and lack of sophistication of an extension of the common law cause of action for nuisance.

Paying a premium for a property with a view carries other risks too.

There’s no legal right to a view, so if the planners ever decide to allow someone to build in a way that blocks it, there’s nothing you can do about it.

The Court of Appeal also decided there’s no reason to extend the common law tort of private nuisance to overlooking in light of Article 8 of the European Convention on Human Rights (respect for private and family life).

Rather than use this case as an opportunity to extend the law of nuisance, the Court took the view that if new laws are needed to deal with overlooking, they are best left to Parliament to decide.

There are already other laws which protect privacy, but they were not relevant in this case. Such privacy laws include the law relating to confidentiality; misuse of private information; data protection (Data Protection Act 2018); harassment and stalking (Protection Harassment Act 1997). Parliament has created legislation in this area and is better able than the courts to weigh up the competing interests of landowners.

The Court of Appeal has not granted leave to appeal to the Supreme Court.

Email ThisBlogThis!Share to TwitterShare to FacebookShare to Pinterest
Labels: Nuisance