Planning Changes: Will More Floors be Added to Blocks of Flats? 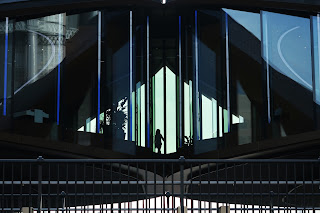 “Build Build Build” is the latest three-word mantra from the Johnson regime being drilled into the heads of a population emerging from lockdown.

In support of this policy the government has announced new rules allowing blocks of flats to be extended upwards by two storeys to create new homes without the need for planning permission, to come into force on 1 August 2020.

This is being done by a change to the Permitted Development Rights (PDR) being introduced by the Town and Country Planning (Permitted Development and Miscellaneous Amendments) (England) (Coronavirus) Regulations 2020. However, the change has nothing to do with coronavirus and is not temporary.

Current PDR are contained in the Permitted Development Rights (England) Order 2015 and enable certain changes of use without the requirement to obtain full planning permission. For example, one of the established PDR allows the conversion of offices to residential.

The 2015 Order is being changed to allow an additional two floors of new flats to be constructed on existing purpose-built detached blocks of flats under a new Class A of Part 20.

However, the following restrictions apply:

·       The building must have no less than three above ground floors;

·       there are restrictions on the height of each new floor, and on the relative and maximum heights of the building, so that the extended building must not exceed 30 metres in height; and

·       the rights are not available if the building is in a conservation area, National Park or site of special scientific interest, if the building is listed, or if it is within 3km of an aerodrome. There are some other hazard-related restrictions.

The reference to 1 July 1948 might appear arbitrary but it’s been chosen because it reflects the date when the Town and Country Planning Act 1947 – the first planning legislation - came into force granting planning title to all pre-existing buildings and uses. The other date – 5 March 2018 – reflects the date when it was announced that the government would consult on the right to build upwards.

The PDR is not automatic.

Before exercising the PDR, a developer must apply to the local planning authority for prior approval.

The prior approval process is not meant to replicate the hurdles a developer would have had to overcome to obtain full planning permission. Instead, the planning authority has a more limited number of planning considerations to take into account. Nevertheless, these could still prove difficult to satisfy. They include the building’s external appearance; impact on the amenity of the building and neighbouring properties; overlooking; privacy; and loss of light.

If prior approval is not given, a developer has a right of appeal.

If a Community Infrastructure Levy charging scheme is in place, then CIL will apply to these conversions. However, a local authority cannot impose further charges under section 106 agreements.

The new PDR will be welcomed by developers but carrying out conversions of this nature is never going to be straightforward. There are other legal issues that must be considered before floors can be added to buildings.

In a recent case (Beaumont Business Centres Ltd v Florala Properties Ltd [2020] EWHC 550 (Ch)) the high court granted an injunction ordering a developer to take down part of a completed development that was deemed to infringe the rights of light of a neighbouring building.

The title to the building should be examined to see whether there are any restrictive covenants that prohibit increasing the height of the building.

Existing Leases at the Building

This is another area where things can get very complicated and where third parties could potentially frustrate the development.

In this case, the developer had relied on the short description of the existing flats noted on the register – “as to the parts tinted blue on the title plan only the first floor maisonette is included in the title”. Had the developer ordered copies of the leases themselves, it would have discovered that the more detailed description of the demise given in the leases of the upper flats (which is what actually determines the extent of the demise, rather than the brief description given on the registered title) showed that the roof and roof space had already been demised under the existing leases.

Leases themselves are not always clear on what is included in the demise, or they may be silent as to the airspace. In many cases the leases will be “internal only” and will exclude the structure and roof of the building, in which case the building owner is free to carry out development in the absence of any other restrictions in the leases (there may well be some however and so the whole of the leases must be read carefully).

What are the legal presumptions where there is a lease of the whole building or leases of parts of the building that include the structure but are silent on the airspace?

If the lease is of the whole building, the general rule is that the demise includes the airspace above it, unless the lease expressly excludes it.

That is also normally the case if the lease is of the upper portion of the whole building including the roof (again unless the lease expressly excludes the airspace).

However, there are no clear presumptions relating to divisions of individual parts of a building, and if a building is divided up vertically, for example in a mansion block where the roof is over several flats next to each other and is not demised to one tenant, the individual demises are unlikely to be deemed to include the airspace in the absence of any express wording.

So, there’s a distinction between a top floor flat where the demise includes the whole of the roof against a demise that includes only part of the roof.

In Ralph Kline Limited v Metropolitan and County Holdings Limited [2018] EWCH 64 (Ch) the High Court held that on a proper construction of a lease of a whole building, the demised premises included airspace to the extent that is required for the ordinary use and enjoyment of the premises. The facts are too complex to recite here, but the case report provides a useful analysis of the case law to date.

As a landlord, the building owner must always comply with its covenant for quiet enjoyment in any existing leases and adhere to the principle of non-derogation from grant.

A covenant for quiet enjoyment overlaps with a landlord's implied obligation not to derogate from its grant. The principle is based on the rule of common honesty: a person cannot give with one hand and take away with the other. In the context of leases, it is usually relied on to stop a landlord from doing something that would prevent the tenant from enjoying the property leased to it.

The building owner must also ensure it has adequate rights reserved under all the existing leases in the building to be able to carry out the works.

In Timothy Taylor Ltd v Mayfair House Corporation & Anr [2016] EWHC 1075 (Ch) the High Court ruled that the reservation of a landlord's right to build should be construed as entitling the landlord to carry out the works in question, provided that the landlord takes “all reasonable steps” to minimise disturbance to the tenant.

When seeking to carry out works, even when exercising an express right to do so under existing leases, to try and minimise disruption and the risk of any disputes a building owner should aim to:

·       liaise with tenants when the works are being planned, in order to discuss the nature and extent of the works and to develop an appropriate strategy for minimising the impact of those works on the tenants;

·       design and procure the works so as not to impact on the tenant’s use of the property negatively, where practicable;

·       where the works may cause more than minor disruption to tenants, consider offering a reduced rent for the duration of the works (or some other form of compensation);

·       ensure that the project manager/contractor/site team responsible for supervising the works comply with any agreement reached with tenants aimed at minimising disruption; and

·       provide tenants with regular updates about the progress of the works and give them an opportunity to discuss any practical problems arising from the works.

There may be plant and equipment located on the roof that benefits the existing tenants, such as air conditioning, satellite dishes and aerials. This will need to be relocated whilst the development is carried out and possibly re-sited on the new roof on completion.

In view of the hurdles to be overcome in the prior approval process and the many other factors to be considered, including those I’ve outlined above, I wonder what the uptake of this new PDR will be and how many homes will ultimately be generated by it.

The existing PDR allowing the conversion of offices to residential is also being amended.

There has been controversy over the way the existing PDR has been used and the quality of accommodation that has in some instances been created (including even in some cases windowless flats). The government has amended the PDR so that now the prior approval by the planning authority must also include consideration of the adequacy of natural light in all habitable rooms in the new homes.

It’s not clear how a planning officer will determine what may or may not amount to adequate natural light. Will expert (and costly) light assessments be required?

It is likely too that further PDR easing will be introduced to encourage the conversion of more offices and also retail space to residential.

In other planning news, as a temporary measure in response to Covid-19, the government announced on 22 June that all planning permissions which were due to expire between 23 March and 31 December 2020 would be extended until 1 April 2021.

Generally, the Prime Minister wants to unleash what he calls the most radical reform of the planning system since the Second World War. There wasn’t any planning law then, so this could be… interesting…

UPDATE 23/9/20 - A legal challenge by way of judicial review has been made to the changes to the GDPO and the changes to the Use Classes Order. The High Court (Holgate J), has directed that this action will be heard in a “rolled-up” hearing in the first half of October. There is a possibility this could go all the way to the Supreme Court. Changes of use carried out in the meantime pursuant to the new Use Classes Order will remain valid as if the relevant statutory instruments are quashed it will not have retrospective effect.
UPDATE 18/11/20 - The legal challenge to the changes made to the GDPO and the Use Classes Order has been dismissed by the High Court, saying it's not responsible for making political, social or economic choices, and that there is no requirement for strategic environmental assessment. See this later blogpost on the ruling by the High Court.