Lease Break Clauses - What If You Change Your Mind? 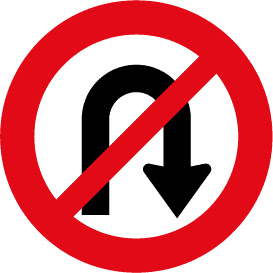 What happens if you are a tenant, you serve a break notice terminating your commercial lease, then subsequently change your mind?

I first wrote about this way back in 2011 when this blog was in its infancy.

I’ve noticed that quite a few people have been viewing that old post recently.

Whether they are web-crawling bots or real people is hard to tell from Blogger’s stats, but it did make me pause to reflect on whether anything had changed since I first wrote the post, and whether it’s something that might be troubling some tenants during the pandemic.

For example, you might be the tenant of premises that you are not now using to full capacity because of social distancing rules and most of your staff are working from home.

You have a break clause which allows you to terminate your lease on not less than 9 months’ notice and the break date is next August.

You serve the break notice so that you can get out of your expensive premises that are now way too big and downsize at the earliest opportunity (assuming for the purposes of this post that your landlord will not in the meantime agree to waive or suspend the rent for a limited period in an effort to keep you on board).

But what if (as we all hope) things are quite different by next summer? There’s a resurgence of business; the much hoped-for V-shaped recovery is in full steam; most of your staff, bored of WFH, are all back; and you’d really rather stay put.

An uncharacteristic note of optimism for this blog to strike, perhaps. But let’s run with it for the sake of argument.

Can you change your mind next year and withdraw the notice unilaterally?

Once a break notice has been served, that’s it. The tenant cannot take it back unless the landlord agrees.

Now given the circumstances, the landlord in most cases is likely to leap at the chance to keep its tenant. But even if the landlord does agree to the withdrawal of a break notice, then legally things do not just carry on as though the break notice had never been served.

Instead, an implied new lease takes effect from the expiry of the break notice, even if the landlord and the tenant agree to withdraw the notice before it expires.

Legally, nothing has really changed since I wrote the 2011 post. The point has not been contested in the Supreme Court, nor have I seen reference to any cases in the lower courts that might have added anything to the legal analysis.

This rule of law was originally established in 1868 (Tayleur v Wildin) and was followed by the Court of Appeal in 1922 (Freeman v Evans) and again in 1963 (Lower v Sorrell). Strictly speaking those old cases concerned landlord’s notices to quit, rather than modern forms of break clause, but they are regarded as applying equally to break clauses.

There were certainly questions raised in the subsequent cases about whether the rule established by Tayleur v Wildin was good law. However, until someone is brave enough to challenge it in the Supreme Court it remains the established precedent.

The implied new lease will be on the same terms as the old lease, save as to term length which will start on the break date and continue until what would have been the last day of the old lease.

On the face of it that might seem no big deal, but the unintended consequences of a new lease being implied could be very unwelcome, to both parties.

Here is a recap of some of the main issues that could arise:-

·       The implied new lease won’t be excluded from the Landlord and Tenant Act 1954 even if the old lease was excluded. The tenant might therefore get security of tenure through the back door.

·       A guarantor under the old lease, or under an authorised guarantee agreement, would be released and would not be carried through to the new lease.

·       If there are any subleases, what would happen to them? It follows that subleases would also come to an end, but with new ones granted by implication (with similar issues potentially applying to those subleases too).

·       Repairing obligations requiring a tenant to repair to a standard at the beginning of the lease would now relate to the beginning of the new implied lease, potentially leaving the premises in a worse state of repair. Any claims for dilapidations began under the old lease would be extinguished. Likewise, any outstanding claims the tenant might have against the landlord would also be lost.

·       The position under any outstanding rent reviews and the backdating of revised rent to a review date under the old lease is unclear.

·       It may be the case that consents should have been given to a new lease, eg from a superior landlord or a mortgagee. The absence of those consents might make the implied new lease at risk of forfeiture.

·       There may have been side letters and supplemental licences (eg licences to alter) relating to the old lease and benefitting the tenant which would no longer apply.

·       Because there is no common law right of apportionment when a break date falls between quarter days, although the tenant might have already paid under the old lease for the period from the break date to the next quarter day, the tenant would be liable to pay for this period again under the implied new lease.

·       If the tenant forgets to register the implied new lease, then it will only have an equitable lease. If the landlord later sells on its interest, the tenant will only be protected against the buyer if it is in actual occupation (it might not be if it has sublet).

Withdrawing a break notice, even when uncontested, has the potential to lead unwittingly to a complex and messy situation.

In practice, it is likely that many of these outcomes would be ignored, which might not overly concern the parties who are likely to have more pressing things to worry about.

But this is not satisfactory from a legal point of view. These issues have the potential to resurface and are also likely to be discovered on any future due diligence.

If both parties want to agree to the withdrawal of a break notice, the safest course of action, certainly for the landlord, but arguably also for the tenant, is to document this by putting in place an actual new lease and dealing with 1954 Act exclusion, consents and guarantees as necessary.

If appropriate, earlier licences and side letters can be incorporated in the new lease by reference.

Having said that however, there might be an unintended tax consequence of putting in place an actual new lease rather than living with the implied new lease, which is that in England there may be SDLT for the tenant to pay on an actual new lease if no overlap relief is available (especially if an increased rent is payable, or the premises have been extended).

As far as SDLT is concerned, the position may be more advantageous for the tenant with an implied new lease.

This is because the Revenue’s SDLT Guidance (SDLT M17030), unchanged since 2011, states that although an implied new lease is created by rule of law when both parties agree to withdraw a break notice, the Revenue will treat the implied lease as though the old lease is continuing for SDLT purposes, which would mean there is no more SDLT to pay.

In Wales, SDLT has been replaced by Land Transaction Tax. The Welsh Revenue Authority has not issued any guidance on the effect of the withdrawal of a break notice and whether any LTT would be payable.

However, any benefit from an SDLT or LTT point of view would have to be weighed against all the other potential downsides of an implied new lease.

There might be some clever ways round the problem created by Tayleur v Wildin which could result in the lease continuing, rather than an implied new lease being created.

One possibility would be for the parties to vary the lease so as to provide that the notice could be unilaterally withdrawn by the tenant before it expires, and then for the tenant to withdraw the notice.

This has still not been tested in the courts.

The tenant could then simply not comply with the condition, so the break notice becomes ineffective.

Rather than simply remaining in the premises and pretending nothing has happened, I think it would be preferable to try and document this in some way, possibly by an exchange of letters in which both parties acknowledge that the lease is continuing because a condition of the break clause has not been complied with and it has not been waived by the landlord.

This is a risk in this approach however for the tenant because the landlord might simply choose to waive the condition at the last minute and treat the lease as having been terminated, for example if it has found another tenant willing to pay more in a newly resurgent market.

The question of whether a landlord could waive a condition in this way has not, to my knowledge, been tested in court and I think it’s a moot point. I would argue that a landlord can waive a condition that is drafted in its favour once the tenant has unambiguously served a notice to terminate the lease, as it appears analogous to the treatment of other contractual conditions. However, I have seen arguments against this analysis and until it has been tested it remains uncertain.

It can all get a bit four-dimensional chess if you're not careful.

It’s tempting to say there’s a danger here in disappearing down a theoretical rabbit hole and that real-world situations would be resolved in a more straightforward manner.

I said when I first wrote this post that the moral of all this must be don’t serve a break notice unless you are absolutely sure you want to go.

Sadly, in these more complicated times, it's hard to be certain about anything.