Government’s Latest Planning Proposals – Is this the End of the High Street? 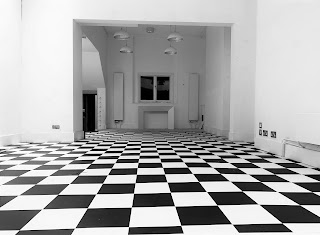 The government is committed to reforming the planning system, its so-called “planning revolution”.

As well as the legislative changes that have already been made, it launched a consultation in the autumn into its wide ranging long-term planning reforms contained in the white paper, Planning for the Future.

The government is currently analysing the feedback to that consultation.

It has now launched a further consultation on the more immediate changes it wants to make, “Supporting housing delivery and public service infrastructure”.

PD rights in various forms have been in use for many years and currently include allowing the conversion of offices and retail to residential use.

The latest consultation is on a proposal for a new PD right in England to allow for a change of use from Commercial, Business and Service use (the new Use Class E) to residential use (Use Class C3), but not vice versa.

If this were to be introduced, it would mean that any change of use from a property falling within Use Class E to a residential use could be made without the need to apply for planning permission, although the prior approval process would still apply in a modified form.

This would go significantly beyond existing rights, allowing places such as restaurants, indoor sports, and creches to benefit from the change use to residential under PD rights for the first time.

The exclusion from the proposed PD right of pubs, including those with an expanded food offer, theatres, and live music venues, all of which are outside the new Use Class E, would continue to apply, so a full planning application would still be required for the change of use to or from those uses.

To benefit from the new PD right, premises would need to have been in Use Class E on 1 September 2020, when the new Use Class came into effect.

The new PD right would replace the existing PD rights permitting a change from office or retail to residential, which will remain in force until 31 July 2021.

No size limit is proposed, and the first consultation question asks whether you agree with this.

The government suggests instead that the impacts of larger schemes can be managed through the prior approval process,

As with other existing PD rights, sites where development is more carefully controlled would be excluded.

For example, sites of special scientific interest, listed buildings, and areas of outstanding natural beauty would all be excluded from the new PD right.

However, conservation areas may still benefit from the right – the consultation paper notes that conservation areas protect architectural and historical value, but that allowing a more diverse range of uses may make these areas more sustainable.

It invites views on whether in conservation areas only, the new PD right should allow for prior approval of the impact of the loss of ground floor use to residential.

There will be a wider range of matters requiring prior approval than exists under the existing regime for office to residential conversions.

In addition to flooding, transport and contamination, approval will also be required for the impact of noise from existing commercial premises on the intended occupiers of the development; the provision of adequate natural light in all habitable rooms; fire safety (to ensure consideration and plans to mitigate risk to residents from fire); and (to ensure new homes are in suitable locations) the impact on the intended occupiers from the introduction of residential use in an area the local authority considers is important for heavy industry and waste management.

The consultation paper says that in the year from June 2019 – June 2020 there had already been a net reduction of 5,350 retail units in English town centres.

Covid-19 has accelerated that trend.

The government hopes that the new PD right would help to “support our town centres and high streets … to become thriving, vibrant hubs where people live, shop, use services and spend leisure time”.

However, there’s a risk that if PD rights are expanded in this way, local councils will lose control of development strategy, other than through the more limited prior approval process.

Some high streets could, in theory at least, disappear altogether to be replaced by housing.

The counter argument, the one the government is promoting, is that its new PD right will not only address housing need but will also increase footfall for retail units that have survived the pandemic by increasing the numbers of residents.

That looks like a market-driven argument, or even a hope, more than an overall strategy.

What about areas already badly served by shops?

Or areas where the provision of shops and restaurants has been severely hit by the pandemic, which has forced the closure of businesses that were previously viable?

There the situation could get worse if the few remaining retail outlets are converted into flats or houses.

This could lead to whole areas being hollowed out entirely, suburban wastelands with no amenity.

Local authorities may well use Article 4 Directions to prevent their high streets from becoming largely residential, although if the alternative is boarded up shops and restaurants then difficult policy decisions lie ahead.

Perhaps where viability remains or can be brought back through business grants and loans, a vibrant mix of housing, retail and leisure can be promoted in some areas at least.

That requires a joined-up strategy from central government, where planning is but one component.

There is also concern about the lack of Section 106 obligations in the PD rights process.

However, the Part 2 measures are more concerned with the expansion of existing infrastructure.

Without developers being put under such obligations, we could end up with dwellings being created in areas without the necessary infrastructure and facilities to support them, and no requirement for at least a proportion of those dwellings to be affordable.

Two other things are worth bearing in mind:

Firstly, the new PD right would only permit a change of use of an existing building, it would not permit demolition and replacement of a building.

It seems that that existing PD right will continue to apply alongside the proposed new one.

Secondly, the new Use Class E has itself been subject to legal challenge. The challenge was unsuccessful, although the Rights:Community:Action Group has said it will seek permission to appeal the decision on a limited ground.

I think it’s unlikely the new Use Class E will be overturned now, but it’s still possible in theory at least. If that happens, things could get complicated!

The consultation invites answers to the question - Do you think that the proposed right for the change of use from the Commercial, Business and Service use class to residential could impact on businesses, communities, or local planning authorities?

The consultation also proposes a review and consolidation of existing PD rights in the light of creation of the new broader right.

If you feel strongly about any or all of this, then send in a written response to the consultation.

The consultation runs until 28 January 2021.

Email ThisBlogThis!Share to TwitterShare to FacebookShare to Pinterest
Labels: Planning